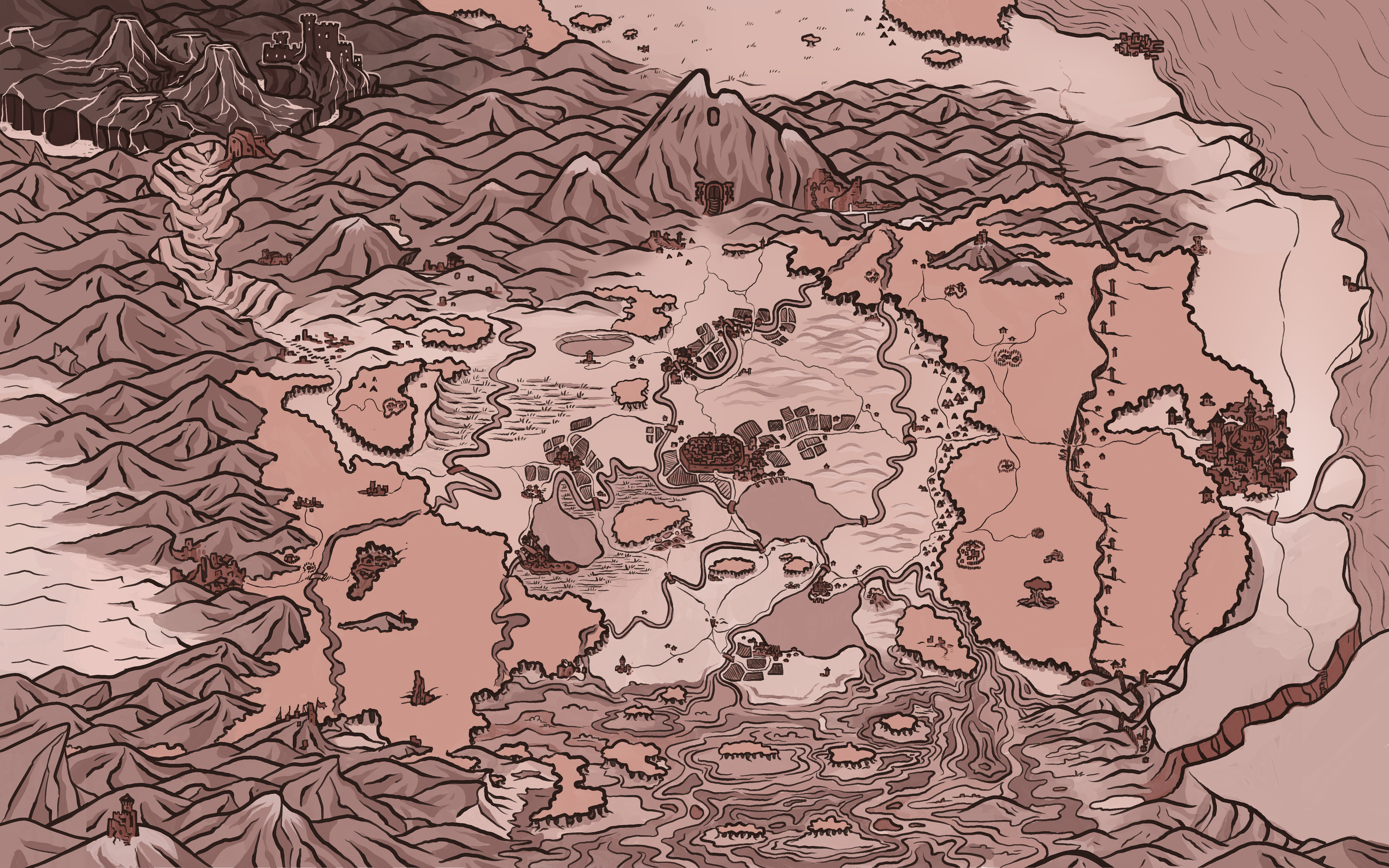 In an age gone by, Humans lived out their fearful lives,
Huddled away in the forests of the valley.

The Orcs from the western desert plundered the valley;
Goblin armies would march from the north to terrorize them;
The High Elves from the east felt it was their duty to keep man at bay;
Treacherous swamps cut off their southern escape.

Humans were surrounded by enemies.
And so they hid, cowering in the darkness.
They kept their tribes small, secluded, and secret.
They were meek; They were safe.

It was the Dwarves living under Neukvro Evr who took pity on them.
They opened their halls, inviting a select few to learn the secrets of fire and steel.

The Dwarves wished for humanity to bear a shield,
Protecting them from the cruel world.

They felled forests, dammed rivers, and chewed through earth.

For centuries the Goblins considered humans easy prey.
The Goblins slept while the humans marched on them,
Burning their civilization to the ground.

The Elves erected a great wall to contain the threat of man.

The Orcs retreated to the desert where man could not follow.

The Dwarves shuddered,
Recoiling from the ugliness of their creation,
They abandoned their love for man,
And closed their halls forever.

The sleeping giant had awoken,
The belly of Mother Opetsk rumbled,
Leering beyond the confines of the Neukvro Evr Valley,
On a world unprepared.